Welcome to our first Update Log entry! This series of entries is meant to give everyone an idea of what we’re working on in Stellar Conflicts. We’re going to be aiming to spotlight some of the work we’ve been doing in the game pretty regularly.

As mentioned on our About Us page, we’ve now begun work on the Pre-Alpha Client and Server. The proof of concept demo was completed last year. Each of these updates are changes on the official Client!

We’ve chosen the features below in our spotlight for this entry. As always, if you’re interested in participating please visit Our Community.

One of the features that the prototype had was a nice shield effect.

Originally, the game would render a shield like this:

Our prototype was pretty basic. It was effectively a sphere with a small fresnel emissive shader.

Here’s a screenshot demonstrating the shields flaring up after being hit by a laser.

Our prototype had 17 ships meshed. That was the original 16 ships plus the Desolator. Part of the process of shifting to an official release is to replace those prototype meshes with new ones. The original Human Scout mesh is the oldest ship meshed for the remake of SC. That ship was meshed all the way back in 2018!

Clearly, for the finished product, new meshes will have to be produced. Luckily, Raygoe has been hard at work churning them out. Part of our re-design effort is balancing the old ship design with a more modern style. Here’s a few meshes he’s been working on. 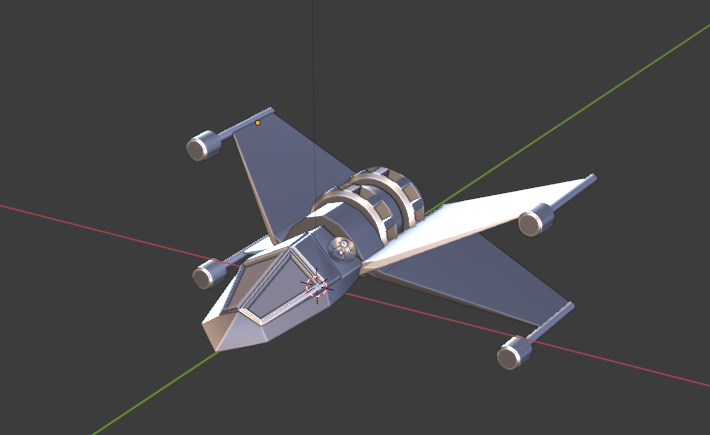